A History of Hemp and CBD

If it feels like Hemp & CBD suddenly sprang into existence with the 2018 Farm Bill, you have a lot to catch up on. This week we’re covering the vast history of hemp and CBD.

When you can buy hemp products just about everywhere, it’s easy to forget the controversial past it’s had. Industrial hemp only became legal in 2018, and that’s when CBD (cannabidiol) products began flooding the market. You can now find CBD products at the Chiropractor’s office, at the vet, gas stations, and you can conveniently purchase CBD online and have it shipped right to your doorstep.


Don’t get us wrong, we’re thrilled about that! But hemp certainly isn’t new, and it’s been around for a long time. That’s why we thought it was high time we celebrated the strange history of hemp. 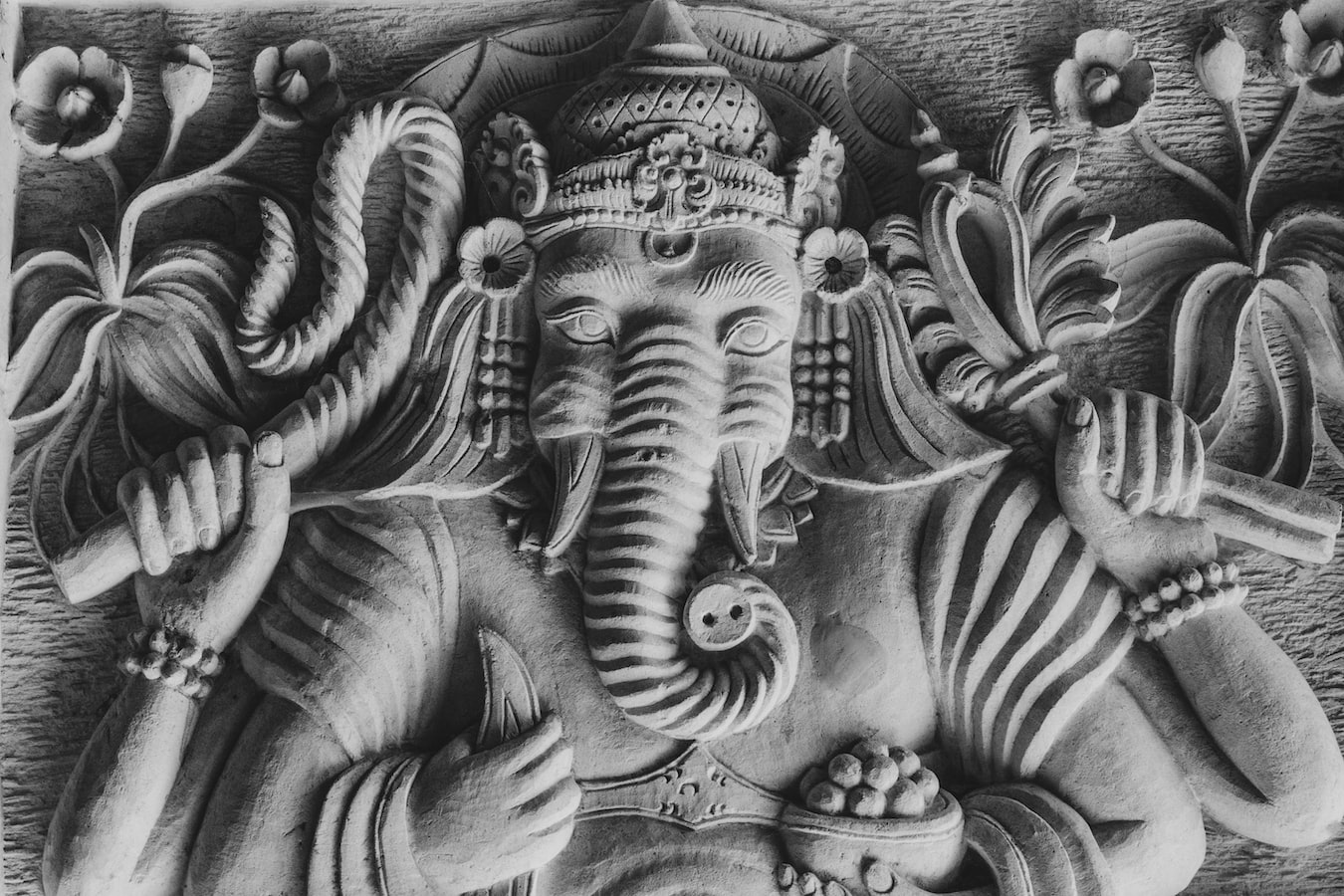 Hemp in the Ancient World

We really weren’t kidding when we said hemp has been around for a long time. It’s only been in the last decade or so that CBD has become well-known, but hemp was used as early as 8,000 BCE in China and Taiwan for pottery, food, and medicine.

In ancient India, sacred Hindu texts (written somewhere between 2000 and 1400 BC) mention hemp as one of the five sacred plants. It was considered a source of joy and was given to humans to help them achieve happiness and overcome fear and anxiety.

The Hindu god, Shiva, is frequently depicted carrying hemp and was often associated with the plant. According to legends about Shiva, he was injured in some way and decided to rest underneath a leafy plant. Upon waking he sampled the plant and was healed. Afterward, hemp became Shiva’s favorite food and he was known as “Lord of Bhang.” Bhang is a beverage or food made with hemp and has social and religious affiliations.

Bhang is still a popular drink in India, however, it’s likely that the hemp they were, and still are, using is closer to what we would consider “marijuana.” Basically, it has enough THC (tetrahydrocannabinol) to be psychoactive, whereas the industrial hemp of today has less than 0.3% THC.

Hemp was used for more industrial purposes in Southern Russia as far back as 600 BCE in the form of ropes. Archaeologists even found hemp seeds and leaves in Berlin that dated back to 500 BCE. The use of hemp continued to spread throughout northern Europe, and more and more people began utilizing it for industrial purposes.

Hemp rope was found in Greece that dated back to 200 BCE, and the use of hemp rope and paper was seen in China and Britain as far back as 100 BCE. Evidence of hemp paper mills was discovered in China and the Middle East, and in 1533 King Henry VIII even fined English farmers if they didn’t grow hemp.

Basically, as soon as a society discovered the usefulness of hemp, they made a priority to grow it and use it for industrial purposes.

Hemp most likely was introduced to the Americas around 1500, during the Spanish conquest. The Spanish navy regularly used hemp ropes and sails, and to avoid relying on overseas shipping, they immediately began growing it in South America. It’s use spread to North America, and in 1616 hemp was sown in the first permanent English settlement--Jamestown.

Throughout the early 1700s, hemp was used for ropes, sails, and even clothing. Early laws also required farmers in some colonies to cultivate hemp, and we know that in 1840 Abraham Lincoln used hemp seed oil in his household lamps.

Fun Fact: Early drafts of The Declaration of Independence were written on hemp paper.

As the United States began to take shape, it seemed like hemp would be a pivotal part of its many thriving industries. In 1916, the USDA even published information that showed how hemp produced up to four times more paper per acre than trees.
Unfortunately, things were about to take a very bad turn for the hemp industry. 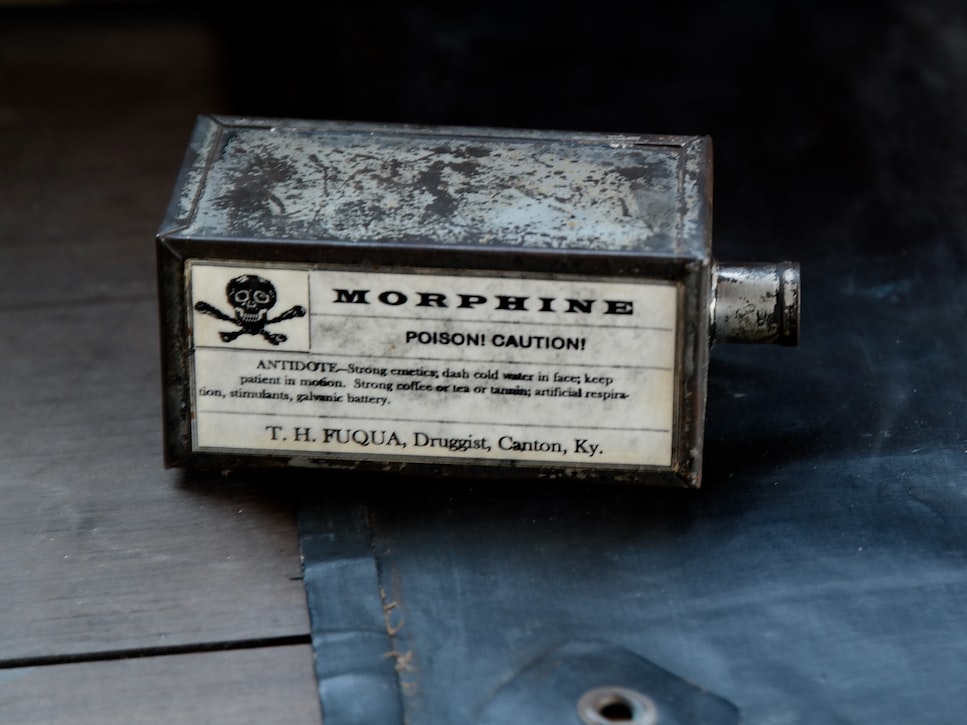 In 1937 the US government legalized the consumption and sale of hemp. While that sounds like a progressive move forward, the bill was created with the intention of stopping the hemp industry in its tracks.

If you look back at cannabis use (which includes hemp) in the 1860s, you’d see hemp being used for industrial and medicinal uses. It was completely legal and could be purchased at drug stores and pharmacies. Doctors prescribed both hemp and more potent forms of cannabis to patients for a variety of ailments.

In the late 1800s, however, the public became aware of the addictive qualities of morphine. Previously, it had been added to many common medicines which led people to unknowingly develop painful addictions. With an outraged public, “drug use” became public enemy number one.

As the hemp industry continued to grow, owners of the nylon, cotton, and timber industries knew it would threaten their businesses. Suddenly, information began circulating about the dangers of cannabis and hemp and public perception of the crop began to decline. This was further exacerbated by a man named Harry Anslinger.

Anslinger headed the Department of Prohibition, but once prohibition ended in 1933 he was out of a job. Afterward, he became Commissioner of the Federal Bureau of Narcotics. Before taking that position, Anslinger spoke out against those who tried to demonize cannabis. After he took the Commissioner position, however, his outlook changed completely.

The thinking here was that his new position would be much more necessary if there was a larger “drug” to combat. So he spread false information stating that cannabis would cause psychosis, insanity, and violent crimes. He was also a notorious racist and played into the racial tensions of the time to create even more fear of cannabis and hemp.

After the Great Depression, racial tensions were at an all-time high as people competed for jobs. As Anslinger’s anti-cannabis campaigns released statements such as, “Reefer makes darkies think they’re as good as white men,” the American people began associating cannabis and hemp with immigrants.

When you break it down, the 1937 Marijuana Tax Act was put into place to kill an industry that threatened the financial holdings of certain powerful individuals and to institutionalize racist, anti-immigrant campaigns. It did this by enforcing such strict regulations and expensive taxes that no one could afford to work in the hemp industry.

If you want to learn more about the 1937 Marijuana Tax Act, click here! 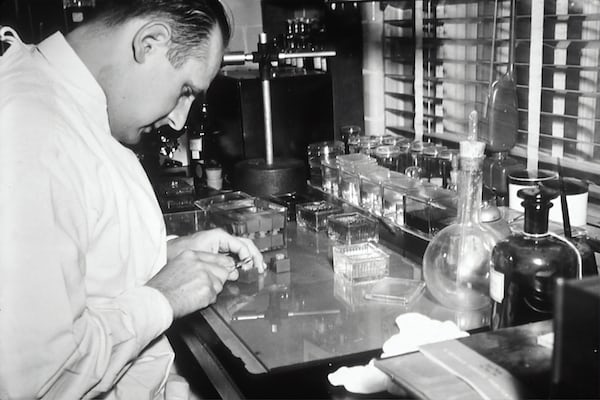 After the 1937 Marijuana Tax Act, the hemp industry quickly declined and nearly disappeared. There were a few attempts to raise awareness about its industrial benefits (in 1942 Henry Ford even build an experimental car body made from hemp fiber) but they mostly failed in the face of the racist anti-cannabis campaigns.

In 1942, the USDA initiated the “Hemp for Victory” program, which was a government film that explained the uses of hemp and urged farmers to consider growing it. Some commercial hemp fields succeeded, but by 1970 The Controlled Substances Act officially classified hemp as an illegal Schedule I drug. The strict regulations of this new act affected both industrial hemp and its more potent cousin, marijuana.

In 1971, Nixon officially declared the battle against illegal drugs the “War on Drugs.” By putting hemp and marijuana in the same category as LSD, heroin, and ecstasy, it became easier for people to consider hemp dangerous. The public approval for this idea made it easier for Nixon to boost federal funding for drug-control agencies and to implement mandatory prison sentencing for drug crimes. In 1937 he created the Drug Enforcement Administration (DEA) which is still functioning today. However, today we know that much of Nixon’s motivation was political.

In an interview with Nixon’s domestic policy chief, Ehrlichman was quoted saying, “We knew we couldn’t make it illegal to be either against the war or black, but by getting the public to associate the hippies with marijuana and blacks with heroin, and then criminalizing both heavily, we could disrupt those communities. We could arrest their leaders, raid their homes, break up their meetings, and vilify them night after night on the evening news. Did we know we were lying about the drugs? Of course, we did.”

After Jimmy Carter became President, he decriminalized up to one ounce of marijuana. After his time in the white house was over though, Reagan reinforced and strengthened much of Nixon’s previous policies on drugs. This led to a massive amount of drug-related incarcerations and an explosion in prison populations, with a majority being African American (see a trend here?).

However, once the Endocannabinoid System was discovered in the 1990s, the scientific community began strongly advocating for more ability to conduct research with hemp and marijuana products.

As time went on, it was clear that the War on Drugs was unsuccessful and clearly targeting marginalized peoples. More states began to decrease the minimum sentencing for drug-related crimes as public support for the policies decreased.

In 2004, a legal case between the Hemp Industries Association and the DEA led to hemp being permanently protected when it comes to the sales of hemp foods and body care products. That meant more people were eating hemp seeds and using hemp skincare products. This bolstered the public perception of hemp, and in 2007 the first hemp licenses in over 50 years were awarded to two farmers in North Dakota.
The Farm Bill of 2014, signed by President Barack Obama, allowed research institutions to begin hemp farming, which led to several more attempts to fully legalize hemp. It wasn’t until the 2018 Farm Bill was passed that industrial hemp was removed from the Controlled Substances Act. That’s why you’re finally able to legally purchase and sell CBD products today. 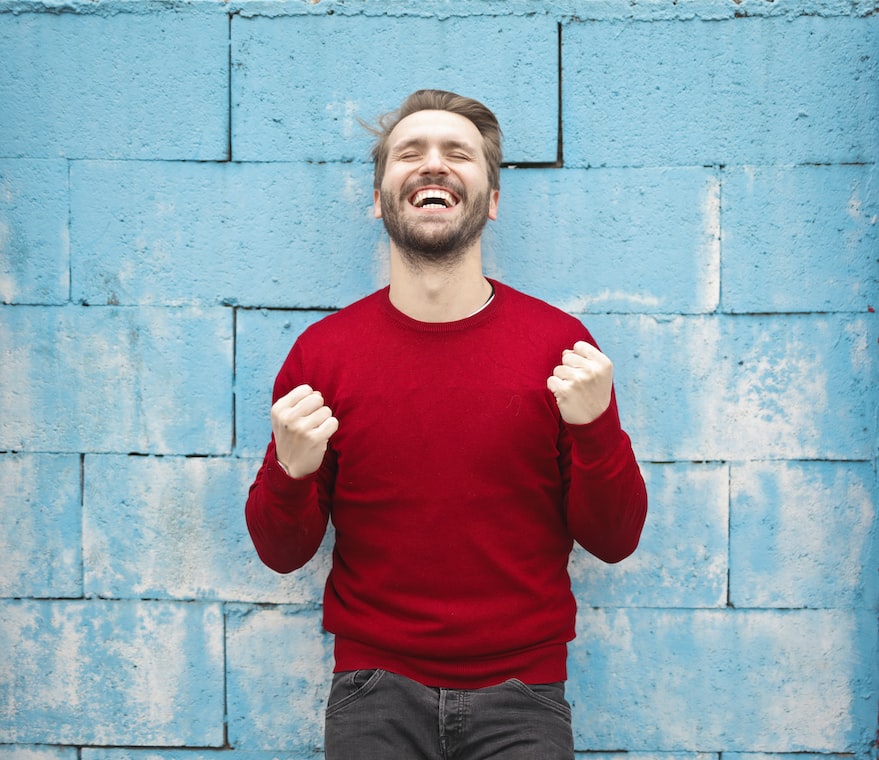 One of the most frustrating things about the history of hemp (aside from the blatant racism) is that scientists have long known about non-psychoactive CBD and its many medicinal benefits. Dr. Raphael Mechoulam identified the chemical structure of CBD in 1946, and for the next several decades he studied its use in primates. In 1980 he even discovered that CBD could be a powerful treatment for epilepsy. This beneficial medicinal compound was kept from the public purely for political reasons.

Technically, the “War on Drugs” that Nixon implemented is still in place today. That’s why understanding the history of hemp is so important. Education will keep people from demonizing hemp for their own political or monetary goals. We’ve seen it happen too many times to assume that someone won’t try it again.

Hemp and CBD products are some of the safest, non-habit forming therapeutic substances you can use. And to make sure that you can continue to legally access them, it’s our mission to continue to educate and spread awareness about the troubled past they’ve had.

We hope this information helped you gain a better understanding of the history of hemp, so don’t forget to follow us on social media for more updates and information.