Most people get pretty hyped up about CBD, but did you know there are several OTHER cannabinoids?

If you’re not familiar with the COA (Certificate of Analysis) of your favorite CBD brand, you will be after this. This document should be from a third-party lab, and it should be an in-depth analysis of everything inside the product. There’s lots of information on there, but after reading about the other cannabinoids, you might want to take a peek.

Specifically, you should consider checking out the cannabinoid section. You can expect to see CBD (obviously), and you may even see the tiniest bit of THC. But you may be surprised to see several other cannabinoids! The hemp plant is jam packed full of them, and since industrial hemp became legalized in 2018, we’re now able to really dive in and discover all this plant has to offer.

We imagine that we’ll have even more to say on this topic in the future, but for now here’s the lowdown on the other cannabinoids you may see on a COA. 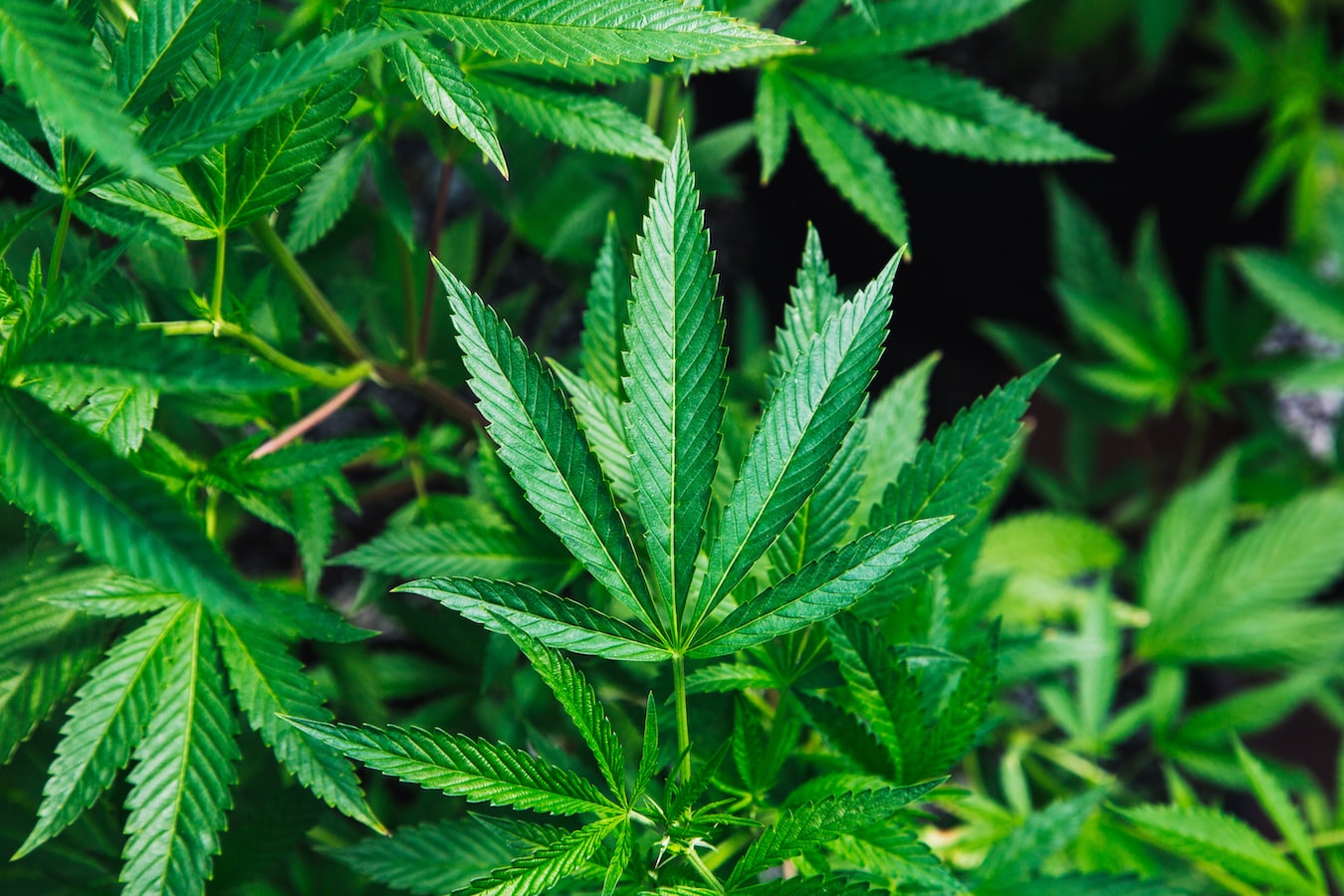 It’s important to remember that the whole reason we’re able to experience any effects from the many cannabinoids is because we have a system in place designed to do so. The ECS helps regulate several different functions like appetite, immune function, sleep, mood, and some neuro-protection. It does this by utilizing cannabinoids endogenous to our bodies -- we call these endocannabinoids.

One such endocannabinoid is Anandamide, aka the “Bliss Molecule.” This neurotransmitter interacts with the ECS in much the same way that cannabinoids like CBD do. It was discovered when a chemist was trying to figure out why the human body has cannabinoid receptors in the first place. Oddly enough, it was the same chemist that first discovered the ECS, Dr. Raphael Mechoulam--thanks, Doc!

When parts of our body start to shift away from homeostasis, or balance, the ECS kicks on to restore homeostasis through the use of endocannabinoids like Anandamide. But honestly, we’re still in the early stages of research when it comes to the ECS.

An editor for the scientific journal, Cerebrum, even said:

The endogenous cannabinoid system—named for the plant that led to its discovery—is one of the most important physiologic systems involved in establishing and maintaining human health. Endocannabinoids and their receptors are found throughout the body: in the brain, organs, connective tissues, glands, and immune cells. With its complex actions in our immune system, nervous system, and virtually all of the body’s organs, the endocannabinoids are literally a bridge between body and mind. By understanding this system, we begin to see a mechanism that could connect brain activity and states of physical health and disease. (Getting High on the Endocannabinoid System)

That’s why ECS and cannabinoid research is so important! When you consider the complexity of the ECS with its naturally occurring endocannabinoids combined with cannabinoids from the hemp plant, the possibilities are endless.

But you know what? We haven’t even begun to blow your mind! We know that CBD can boost the ECS and has massive potential as an anti-inflammatory, anxiolytic, analgesic, and even as a possible neuro-protective compound. But what about the “other” cannabinoids? 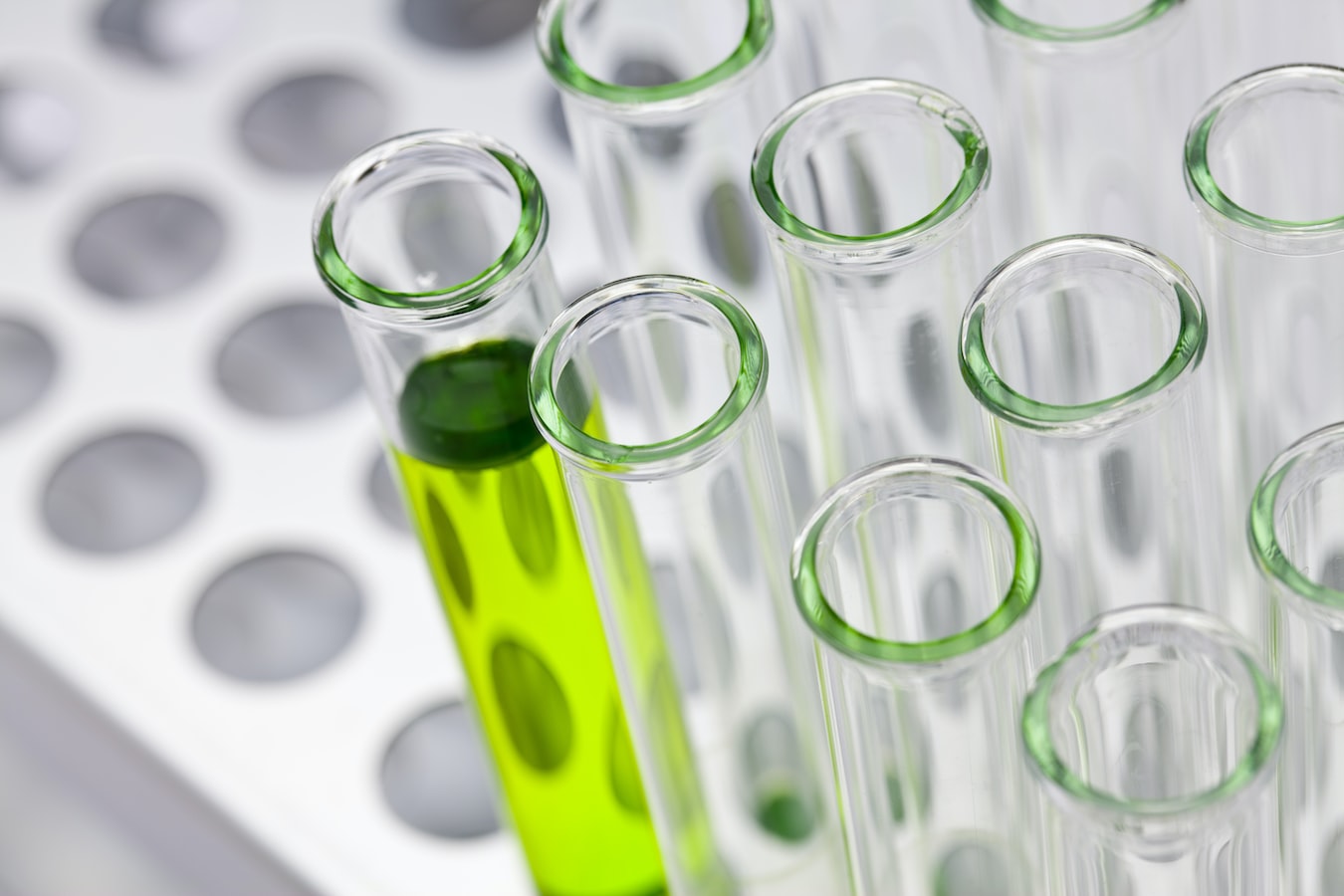 Depending on the genetic strain of the hemp plant, specific farming techniques, soil quality, and even weather, the cannabinoid profile of a plant can vary. That’s why checking a products COA is so important! It’s also a good way to make sure that the CBD levels the product is advertising are accurate.

There is a natural chemical process that changes cannabinoids from one chemical structure to another. So, during certain points of the hemp plant's life, certain cannabinoids will be more prevalent than others. We don’t know about you, but we think that’s pretty cool!

While there are hundreds of cannabinoids (and more being discovered all the time), here are a few of the most important ones.

The majority of the research into this cannabinoid has been into how it changes into other cannabinoids, but there are been some studies indicating it may fight cardiovascular disease and metabolic disorders.

This is another “parent” of several other cannabinoids, specifically CBD. It’s mainly considered as the precursor to other cannabinoids, but it does have potential therapeutic benefits. In January of 2015, the journal Neurotherapeutics published a study where mice with Huntington’s disease were treated with CBG with positive results.

Huntington’s is a progressive brain disease that can cause uncontrollable movement, emotional instability, and loss of cognition. Considering the debilitating and fatal nature of the disease, research into CBG is vital. The study, however, focused on Huntington’s symptoms and less on the development of the actual disease. 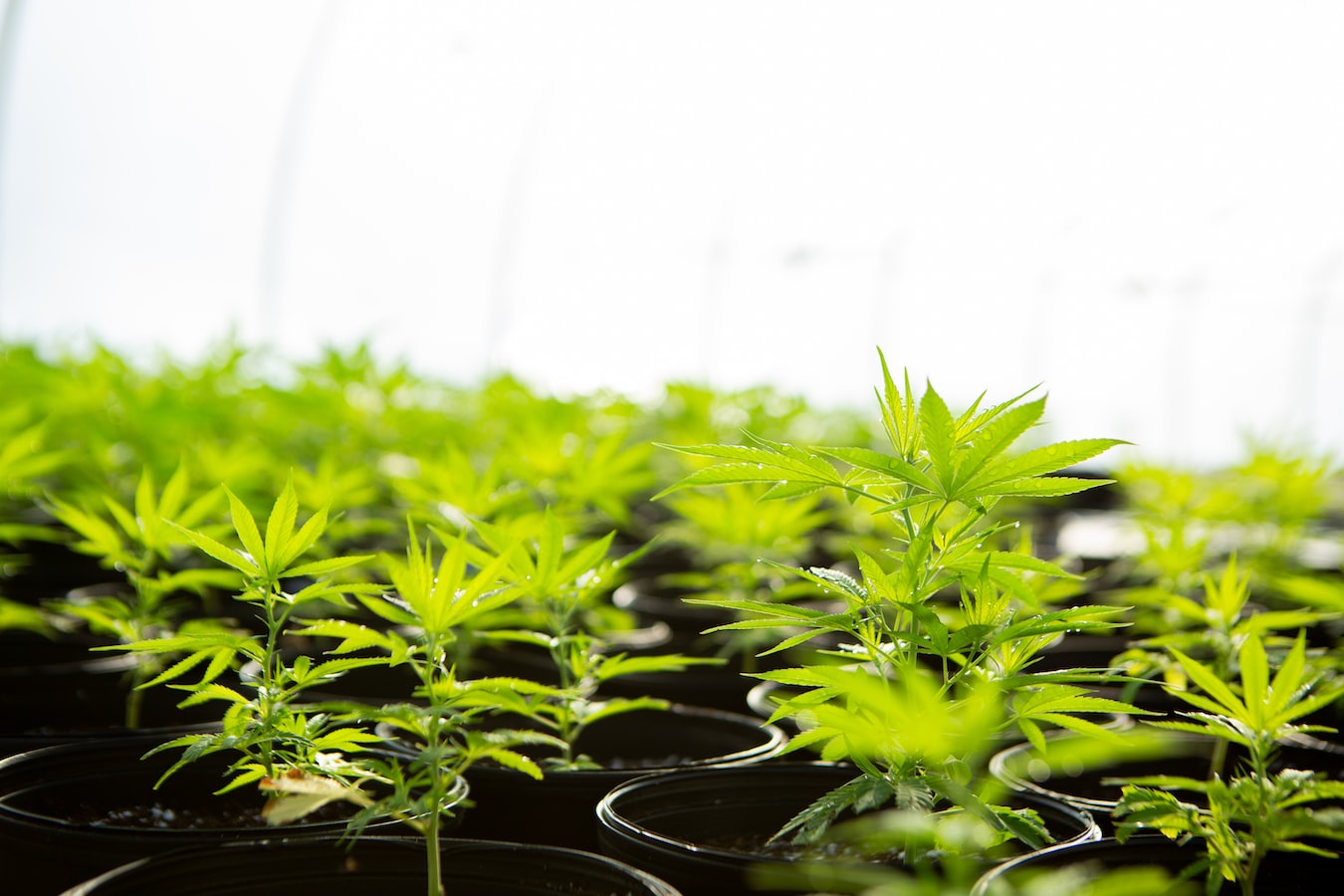 This cannabinoid activates serotonin receptors. Serotonin is a neurotransmitter that regulates mood, anxiety, nausea, and sleep. In the 2017 edition of European Neuropsychopharmacology, research indicated that CBDA might have even more antidepressant properties than CBD. More research is needed, but the initial findings are promising.

While its name is reminiscent of THC, this cannabinoid has no psychoactive effects. THCA is the acidic form of THC, but it doesn’t actually become THC until decarboxylation (the same way that CBDA becomes CBD).

Because hemp plants are so low in THC, it makes sense that there’s little to no THCA in them either. Plus, even if you acquire the actual hemp bud to try and smoke it, the second you heat it any THCA becomes THC. And with hemp, there’s not much of that anyway.

With little to no research done on this cannabinoid, much of the information surrounding it is speculative. However, some studies indicate it has potential as an analgesic, anti-inflammatory, antispasmodic, and as an immune-booster.

We can’t talk about “other” cannabinoids without addressing this guy. Also called Delta 9-THC, this is the cannabinoid that puts so many people in a tizzy. That’s because this is the one with all the psychoactive properties--basically, it gets you high.

THC directly binds with CB1 receptors of the ECS, and there are a LOT of those receptors in the brain. When this happens, dopamine is released which explains the euphoric, relaxed feeling that many experience. While industrial hemp mainly has CBD, it does have a tiny bit of THC in it. However, for legal purposes, any CBD products made from industrial hemp can’t contain more than .3 percent THC.

Aside from the psychoactive effects of THC, people have been utilizing this cannabinoid to treat pain, muscle spasticity, glaucoma, nausea, insomnia, low appetite, and even anxiety. Too much, however, can actually increase anxiety and paranoia.

This is another psychoactive cannabinoid, but it’s usually found in VERY small doses. When it does show up in CBD products, the amount is almost always negligible. One of the most interesting things about this cannabinoid is actually how it interacts with THC.

In one small study, subjects were given either 10mg of THCV or a placebo over the course of five days. The last day, however, they were given 1mg of THC. Out of the ten subjects, nine of them said the THC was weaker and those who were given THCV didn’t experience some of the negative side-effects of THC. This indicates that THCV may interact with the way that THC binds to ECS receptors. However, this study was very small and more research is needed to draw definitive conclusions.

Also, there's been some research into THCV as a treatment for obesity, as an anticonvulsant, and as a way to decrease glucose intolerance in those with diagnosed type 2 diabetes.

Until this cannabinoid is available as an isolate, it’s unlikely you’ll be able to reap the benefits of it because it’s found in such negligible amounts in hemp plants.

You’re much more likely to come across CBDV in your CBD products because this cannabinoid is often found wherever CBD is found--like industrial hemp! Its chemical structure is similar to CBD, meaning it’s also non-psychoactive, and it has many of the same potential benefits of CBD.

Recent research indicates this cannabinoid could be an anticonvulsant and an antinausea compound. Plus, because it’s non-psychoactive there’s greater potential for it to be used in medical research involving children.

First discovered in 1966, this cannabinoid is one of the most prevalent in hemp plants. This non-psychoactive compound has the same chemical formula as CBD and THC, but the molecular arrangement is different. That difference in structure is what makes some cannabinoids bind directly with ECS receptors while others only partially bind (if at all).

Like CBD, CBC doesn’t bind directly with the CB1 and CB2 receptors, but it can bind with receptors outside of the ECS. When those receptors are activated, it stimulates the production of endocannabinoids, like Anandamide, and improves ECS receptor activity. So it boosts your ECS, helps create more endocannabinoids, AND makes it possible for other cannabinoids to be more effective.

While CBC does have a few potential benefits of its own, the fact that it makes other cannabinoids more effective makes it a great addition to any CBD product.

This cannabinoid is interesting because even though it’s non-psychoactive, it’s formed when THC is oxidized. Some farmers will even put off harvesting their plants in the hope that more of the THC will oxidize and become CBN. Because industrial hemp plants only have trace amounts of THC, there is minimal to no CBN in most CBD products.

Research into this cannabinoid is minimal at best, but the most promising studies indicate that CBN could be an excellent option for those suffering from insomnia. Research with mice has shown that it may prolong and deepen sleep, but more studies are needed for definitive answers. 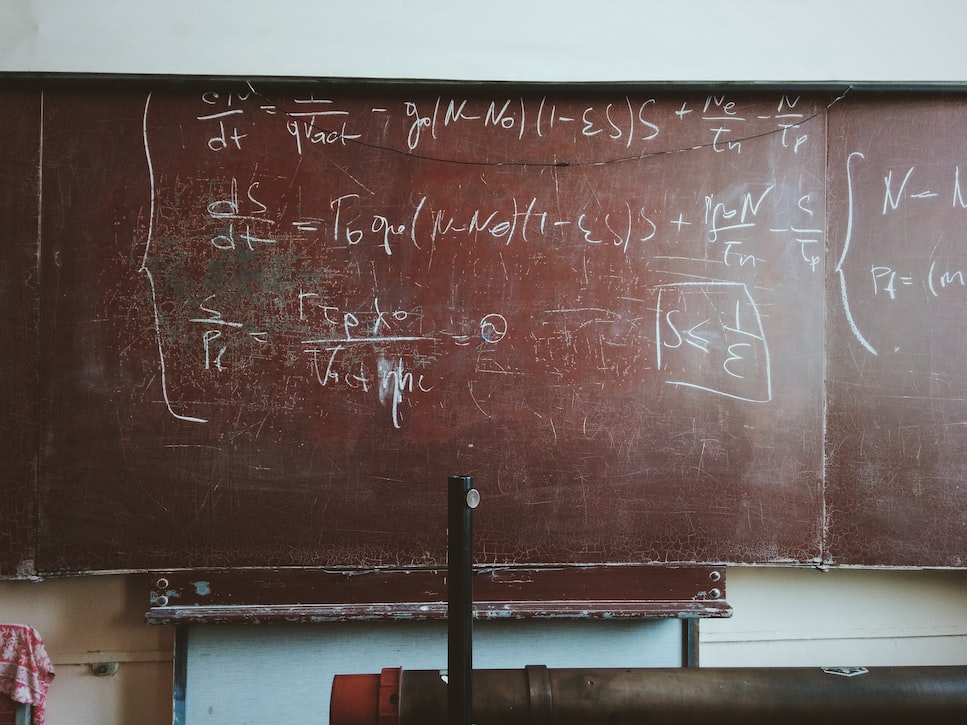 It’s kind of crazy when you consider that there are hundreds of cannabinoids, and that we’re still discovering more and more all the time. Plus, the hemp plant isn’t the only plant that creates cannabinoid. Echinacea, black pepper, and cocoa all create cannabinoids!

It’s such an exciting time because we’re finding out more and more that working with our body's natural systems--like the endocannabinoid system--is one of the best ways to improve health and wellness. We hope that this information inspired you to check out the COA of your products so you can see which cannabinoids you’re using and benefiting from.

We’ll always do our best to keep our 1937 Hemp family informed about the latest CBD news, but let us know in the comments if you’ve had any experiences with any of these “other” cannabinoids! Feel free to check out the Lab Results on any of our products, and let us know if you have any questions.