Mushrooms are more than just odd-looking fungi that occasionally grow in your yard. There are currently well over 10,000 types of mushrooms. Scientists believe that's just a fraction, many have yet to be discovered.

About 1-2% of mushrooms are poisonous, like the deadly “death cap mushroom” boasting a death rate of 10-30%. Other types of mushrooms are hallucinogenic, meaning that they cause psychoactive effects after being ingested. Others still are used for their medicinal properties.

Mushrooms are truly very cool organisms. In fact, most edible mushrooms are considered a superfood because of the health benefits they provide. Researchers have discovered that mushroom consumption can provide over a hundred different beneficial effects to your body.

So, before you pick the mushrooms off of your pizza, read on to learn the details of their awesomeness, including our favorite mushroom and CBD-infused hot cocoa! 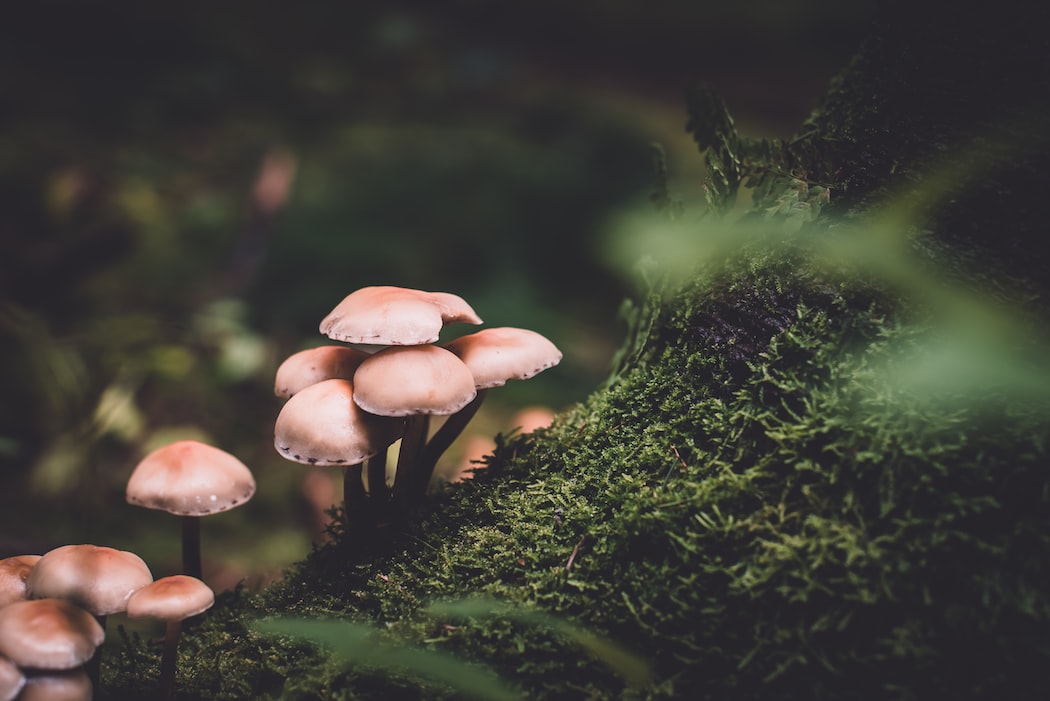 What are medicinal mushrooms?

As mentioned above, there are thousands of different types of mushrooms out there, and they all have different effects. While some are poisonous, many provide important health benefits if eaten as well.

In fact, mushrooms have been used by nearly every ancient civilization around the world for their immense healing properties. They were even called the “plant of immortality” by ancient Egyptians. They're incorporated into holistic medicines because of their many benefits.

What are the health benefits of mushrooms?

So, what exactly are the benefits of mushrooms? A few of the beneficial properties include the following:

Mushrooms are naturally low in calories, sodium, and fat. Plus, they contain all sorts of nutrients, including:

Most mushrooms contain powerful antioxidants like selenium and L-ergothioneine. These antioxidants help to lower inflammation in the body. The reishi mushroom, in particular, has been the star of many research studies because of its anti-inflammatory effects. The studies have shown that reishi mushrooms may help lower inflammation, reduce tumor growth, fight disease, and more. This is largely due to the powerful antioxidants found in this type of mushroom.

Most mushrooms are also prebiotic, which means that they help good bacteria thrive in your gut. This can improve your overall digestive health.

Mushrooms have also been found to boost your immune system! Two major components of most mushrooms are lentinan and beta-glucan. Both are known for their ability to help your immune system work more efficiently.

Yes, you read that right. Some mushrooms have been found to have cancer-fighting properties! A study published in the Journal of Experimental Biology and Medicine researched five different types of mushrooms (crimini, portabella, oyster, white button, and maitake) and found that they suppressed breast cancer cell growth and reproduction. This suggested that certain mushrooms may be “chemoprotective against breast cancer.”

A study was also completed on over 36,000 Japanese men for over 10 years, to see how mushroom consumption affected prostate cancer rates. The study found that the men who regularly ate mushrooms three or more times per week had a 17% lower risk of developing prostate cancer than those who ate mushrooms less than once per week.

Not only are most mushrooms cholesterol-free, but they may also help lower your cholesterol as well! Mushrooms are a good source of both beta-glucan and chitin, both of which are fibers that help lower LDL (“bad” cholesterol) levels. A study completed a few years ago on rats found that hypercholesterolemic rats who consumed pink oyster mushrooms had lower levels of total cholesterol.

Also, shiitake mushrooms have been found to contain a compound that helps the liver process and remove cholesterol from the bloodstream. This was discovered by Andrew Weil, M.D. director and founder of the Arizona Center for Integrative Medicine. 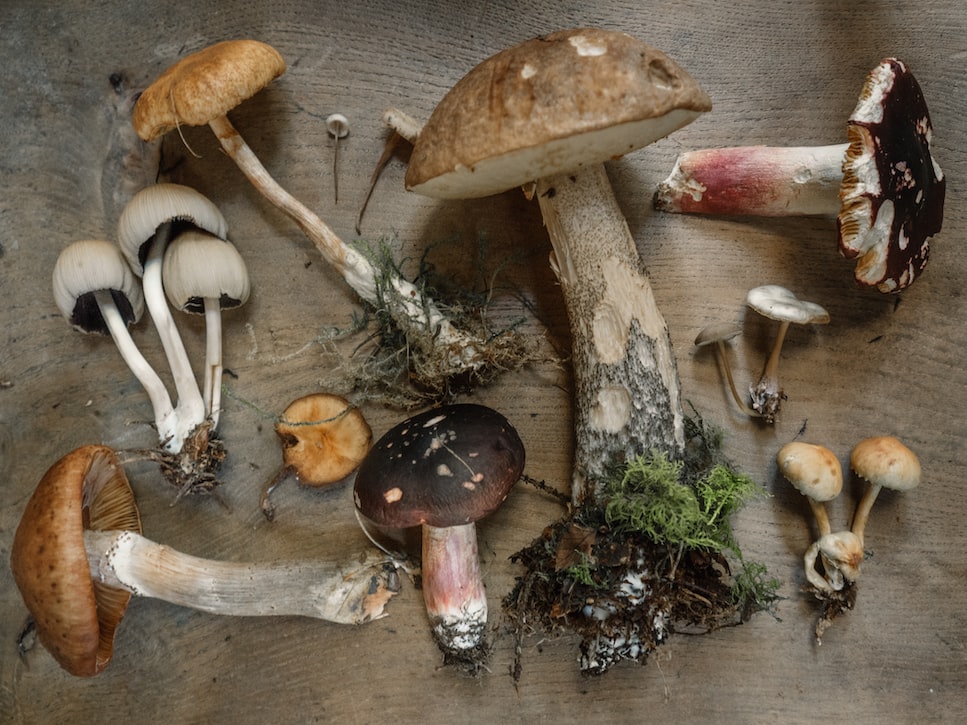 How do I best experience the benefits of mushrooms?

After looking through that long list of benefits, you’re probably beginning to think, “Okay, now how to do I access these medicinal mushroom benefits?” One way is to simply stock up on fresh mushrooms at your local grocery store next time you go shopping. Most stores have white button, cremini, portobello, and shiitake mushrooms in their produce section.

But if you want to try out some of the less-common medicinal mushrooms like reishi, you may need to purchase a product like a special powder that contains them. If you’re looking for a unique and delicious way to enjoy the benefits from a variety of different medicinal mushrooms, you should try The Brothers Apothecary's Chocodelic Trip CBD Hot Cocoa.

Learn more about this yummy drink below.

Experience the Benefits of Mushrooms and CBD With This Hot Cocoa

While you can certainly buy powders and teas that contain medicinal mushrooms, perhaps the best way to access the benefits of fungi is in a hot chocolate drink. You may not immediately think of mushrooms when you think about hot chocolate, but the mushroom and CBD-infused Chocodelic Hot Chocolate drink is sure to change that perception.

Loaded with cannabidiol (CBD) and 10 different medicinal mushrooms, this is one of the most beneficial hot chocolate drinks you could possibly enjoy. You can experience both the soothing benefits from the CBD and the health benefits from the mushrooms, all while enjoying a sweet drink infused with rich Dutch chocolate. Exquisite!

The Chocadelic Trip CBD Hot Chocolate drink not only has a full dose of CBD, but it also includes a variety of different adaptogenic mushrooms as well! The medicinal mushrooms included in the drink are:

The reishi mushroom is typically grown in hot and humid locations in Asia and has been used as an important ingredient in Eastern medicine for many years. There are several molecules found in the mushroom that are primarily responsible for its health benefits, including polysaccharides, peptidoglycans, and triterpenoids. This mushroom has been shown to improve the immune system, potentially fight certain cancers, reduce fatigue, and even improve heart health.

This fungus has also been used in Traditional Chinese Medicine for years. A few of its potential benefits include improving exercise performance, promoting anti-aging, and even helping to manage blood sugar levels.

This mushroom gets its name from its shaggy lion-like appearance. It’s famous for its potential to protect against dementia; relieve mild symptoms of anxiety and depression; and protect against ulcers, among other things.

The chaga mushroom has been used for many years in parts of Asia as a method to boost overall health and immunity. Many people are enjoying cups of tea made from chaga because of its many antioxidants. This mushroom has many benefits. It may potentially lower blood sugar, lower cholesterol, and it may even prevent and fight cancer as well.

The colorful quality of these mushrooms is what gives them the “turkey tail” name. Like the other mushrooms on this list, this type has been used for centuries to treat a variety of different conditions. It is primarily known for its immune-boosting abilities thanks to the antioxidants and other powerful compounds that it contains.

The word “maitake” means dancing mushroom in Japanese. This is said to be because people would dance with happiness after finding this mushroom in the wild because of its many healing properties. This fungus is rich in antioxidants, vitamins B and C, amino acids, fiber, and more.

Out of all the mushrooms in this list, the shiitake mushrooms are one of the most popular worldwide. They are known for their rich taste and their many health benefits. These benefits include

The blazei mushroom, also known as the Agaricus blazei Murill mushroom, is a type of medicinal mushroom that is has been used in folk medicine to treat a variety of different diseases, including allergies, infections, and cancers.

This rare and hard-to-find mushroom has many antibacterial and antiviral properties. Some studies have even found that this fungus may effectively work to treat tuberculosis!

An orange mushroom that typically grows on mulberry trees, this fungus has been taken by people to treat allergies, diabetes, arthritis and more. 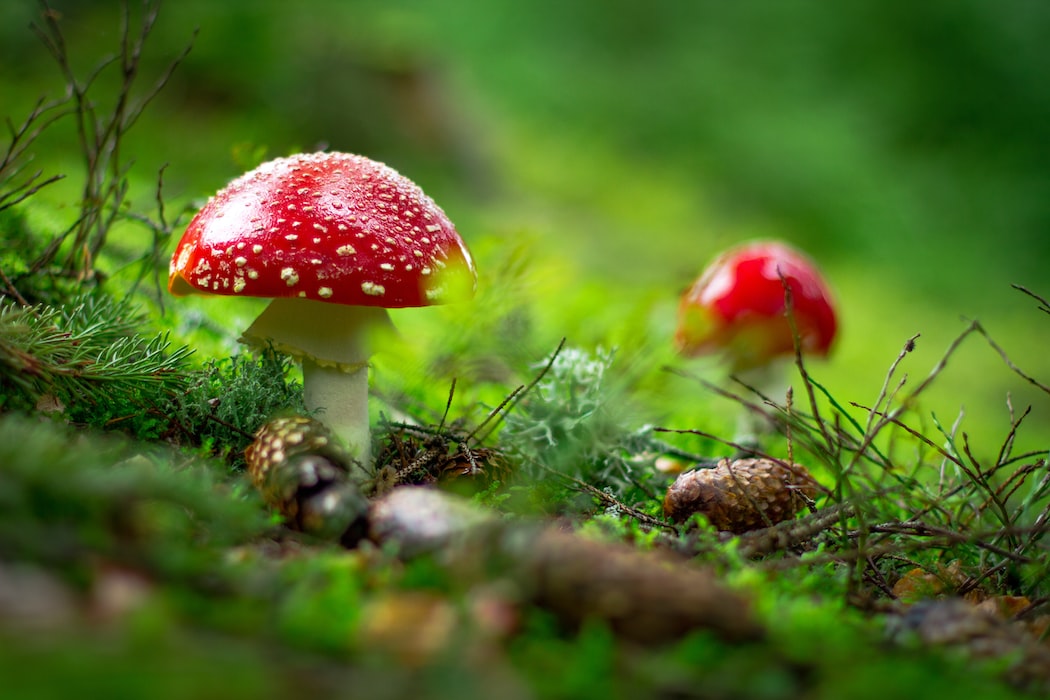 Don’t worry, our Chocadelic drink doesn’t contain any psychedelic mushrooms. It only includes safe and completely non-psychoactive types of medicinal mushrooms. However, since we’re on the topic of mushrooms, you may be interested to learn two fun facts about psychedelic fungi.

1.      Magic mushrooms may be partly responsible for Santa Claus.

2.      Shrooms have been used by humans for millennia.

While we don’t know exactly when humans discovered and started experimenting with magic mushrooms, we have found some evidence that suggests that shrooms were used in religious rituals thousands of years ago. As one example, artwork has been discovered from ancient Mayas that show that mushrooms were likely an important part of Mesoamerican cultures.

Don't forget to check out our entire line of The Brothers Apothecary CBD teas and other drinks here. Jessica has been a freelance writer for four years, with a passion for science and health-related topics. She is also a lover of doing research and genuinely enjoys reading clinical studies, especially if it has anything to do with the emerging research on the health benefits of CBD. Jessica has a degree in behavioral science. She is a travel addict and an avid League of Legends player. She is also a proud dog mom to a Husky and an Australian Shepherd, so she’s frequently covered in dog fur and utterly exhausted from their constant shenanigans.